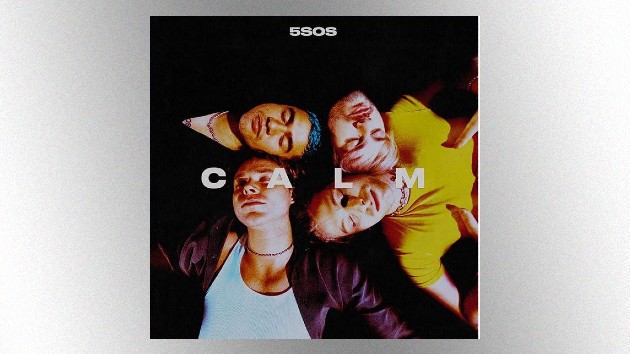 C A L M, the new album from 5 Seconds of Summer, is still due to be released on Friday, and the group has just released yet another track from the project.

“Wildflower” is an ’80s-inspired track which highlights the group’s harmonies.  In the chorus, the band deliberately leaves some words out — for example, they sing, “You’re the only one who makes me/Every time we.”

“We wanted to make the chorus kind of a choose-your-own-adventure, where some words are left out and then accentuated by these big stabs of synth[esizer],” explains bassist Calum Hood. “It lets everyone come up with their own interpretation, and fill in whatever they think those missing lyrics might be.”

“Wildflower” is the fifth track to be released from C A L M, following “Easier,” “Teeth,” “No Shame” and “Old Me.”

There’s more stuff coming from 5SOS, too. The group has teamed up with Calm, a global health and wellness brand, to share four remixes of tracks from the new album.  You can get those remixes on the Calm app — which is used for sleep, meditation and relaxation — starting Thursday.

Each remix was created by a different member of the band: Guitarist Michael Clifford did “Easier,” Calum did “Old Me,” drummer Ashton Irwin did “Red Desert,” and singer Luke Hemmings did “Best Years.”