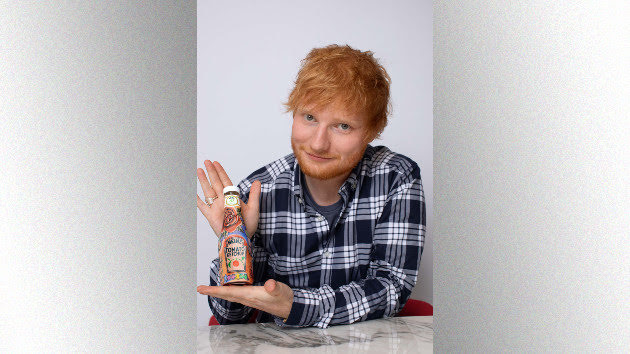 As previously reported, to mark the 150th birthday of Heinz, Ed teamed up with the brand to create a special bottle of its Heinz Tomato Ketchup decorated with replicas of his many tattoos.  Only 150 bottles were created, and Ed autographed each one.  Now, three of them have been sold at auction at Christie’s Auction House in London for a combined $4,437 herunterladen.

Each of the three bottles went for more than a thousand bucks, with the most expensive one going for $1823, according to Insider.com itunes downloaden voor foto's. It’s believed to have set the world record for the most expensive bottle of ketchup.

All the money raised will go to Ed’s favorite charity, East Anglia’s Children’s Hospices, as well as Rise Against Hunger, a charity chosen by Heinz.

The rest of the bottles, which are officially called “Ed Sheeran x Heinz Tomato Ketchup, Tattoo Edition,” will either be given away in a worldwide prize drawing, donated to modern art museums, or gifted to superfans of Ed and Heinz all games for free.