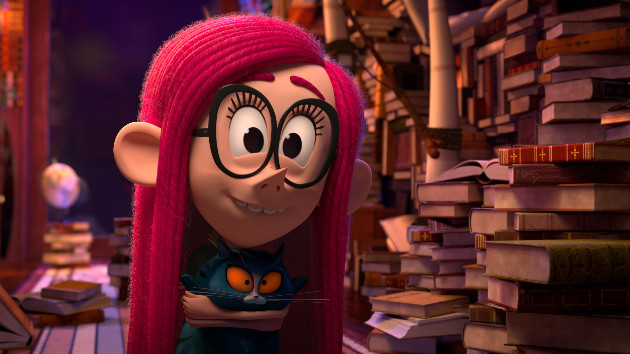 Alessia Cara‘s movie debut, the animated Netflix film The Willoughbys, has been a huge hit on the streaming platform, Variety reports.

The movie is about a family neglected children who try to send their selfish parents away so they can be orphans.  Alessia voiced the family’s middle daughter, Jane, and also recorded a new song called “I Choose” for the movie’s soundtrack.

Variety reports that The Willoughbys was watched by 37.6 million households in its first 30 days on Netflix.  Those numbers don’t account for repeat viewing, though, which means they could be even higher.

Variety notes that the film is the best-reviewed animated movie of the year so far, with a 90% “fresh” rating on Rotten Tomatoes.  In addition to Alessia, the voice cast includes Ricky Gervais, Will Forte, Maya Rudolph and Jane Krakowski.

The Willoughbys is the second original Netflix animated family film, following 2019’s Klaus, which reportedly racked up 40 million views in its first 28 days.