All-star tribute 'Let's Go Crazy': The Grammy Salute to Prince to air on fourth anniversary of his passing 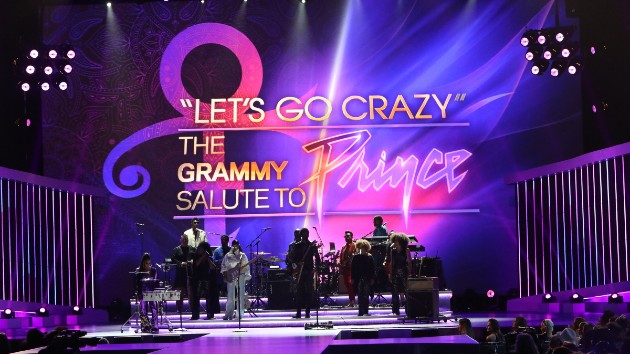 Monty Brinton/CBSIf we’re all still stuck at home on April 21, we can at least enjoy some great musical performances on TV.

CBS has set April 21 as the airdate for Let’s Go Crazy: The Grammy Salute to Prince, which was taped January 28 in Los Angeles.  April 21 will mark four years since we lost the legendary artist.

The special is hosted by Maya Rudolph, who played Beyoncé to Fred Armisen‘s Prince in their memorable Prince Show sketch on Saturday Night Live.  She’s also performed with her Prince cover band, Princess — and Armisen will make a special appearance.

Other artists making special appearances include ballerina Misty Copeland, super-producer Jimmy Jam, Naomi Campbell, and FKA Twigs, who danced with Usher during his performance on the Grammys in January.