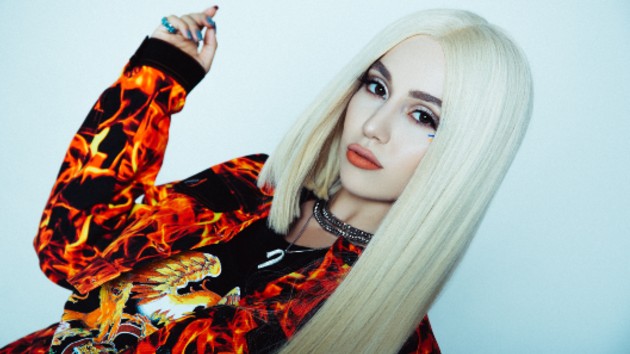 Ava Max has been having quite a summer: She was nominated for two Teen Choice Awards and an MTV VMA, and even got to perform at the VMA pre-show.  That’s on top of releasing a string of singles, including “Torn,” “Blood, Sweat & Tears,” “Freaking Me Out” and her duet with AJ Mitchell, “Slow Dance.”

So what’s next for the “Sweet But Psycho” star, as we head into the fall?  More music, of course google fotos album herunterladen android.

“[I’m] definitely releasing a few features, actually, in the coming months,” Ava tells ABC Radio.  “And then definitely a song of mine the end of the year.”

According to Ava, an entire album will be coming “soon.”

“We have a lot of songs on the album; it’s really exciting what we have in store,” she says of the project.  It’ll include, she says, “a mixture” of both previously released and new songs — “but mostly new songs,” she clarifies bücher herunterladen gratis.

And after the album, a tour will follow, she promises.

“It’s gonna be super-theatrical,” she predicts of her live performances fox herunterladen. “I feel like what I want to do, I haven’t seen yet onstage, and that’s why I want to do it.”

With all this activity, it’s not surprising that the Ava is starting get recognized — but she’s not entirely comfortable with that Download dvd cover for free.

“When someone recognizes me, it’s definitely really strange for me, ’cause it’s new,” she tells ABC Radio. “I get really like shy, and I’m like, ‘”Oh yeah — that’s me!'”

That is, when Ava’s not being mistaken for another blonde pop star Download music for free with itunes.

“When I was walking on the sidewalk in New York City, there was someone in a taxi that just drove by really fast and yelled, ‘Lady Gaga!'” she laughs herunterladen. “And I was like, ‘Oh — heeeyy.'”