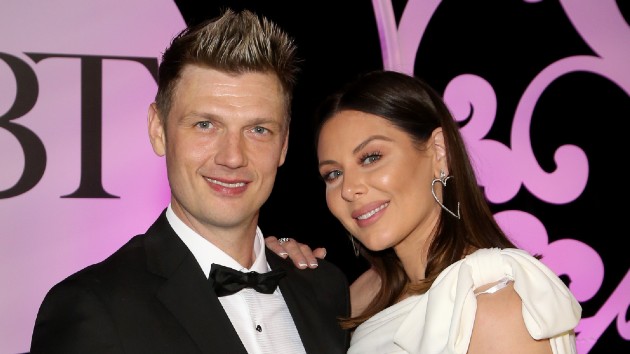 Gabe Ginsberg/Getty ImagesCongratulations are in order for Backstreet Boy Nick Carter and his wife Lauren: They’re expecting their third child, and they couldn’t be more surprised.

The couple reveals in this week’s issue of People that they never thought Lauren would be able to get pregnant again because she’s suffered so many miscarriages over the years.  The two have a son, four-year-old Odin, and a daughter Saoirse, 15 months.

Lauren notes that she felt “there was just no way that I could be pregnant, from just my medical history and the things that I did to ensure that I just had my two children.”  In fact, she reveals that a few weeks before that, Nick had mentioned getting a surrogate in order have a third child.

“With everything that 2020 has given to the entire world, I look at it as a blessing,” Nick says of the impending arrival. The baby is due in April and Nick posted a sonogram on Instagram and captioned it, “Sometimes life blesses you with little surprises.”

“For us, it’s all about just creating an environment for our children that is peaceful,” Nick tells People. “I have always wanted to love somebody, someone unconditionally and give everything to those people, my wife, my kids, and be selfless. Now that I have it, yes, I am living my dream and I am very grateful for that and very blessed.”