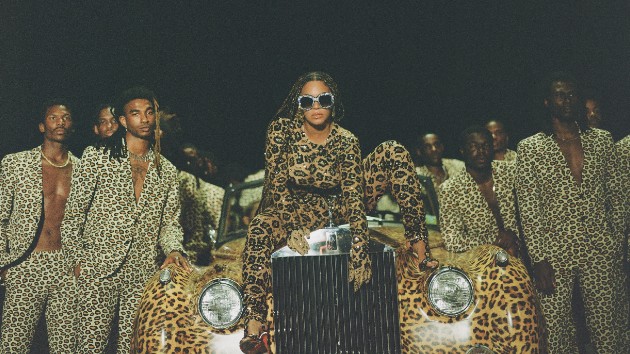 Travis MatthewsBeyoncé is coming to Disney+ on July 31 with a new visual album inspired by The Lion King called Black Is King.

A one-minute trailer for the project, written, directed and executive produced by the 24-time Grammy-winner, debuted Saturday night on Beyoncé’s official website.

The film, which coincides with the one-year anniversary of The Lion King’s theatrical release, is based on the music of The Lion King: The Gift, released last year as a companion to the Disney film, and stars the album’s featured artists, including Childish Gambino, Kendrick Lamar, Pharrell, Jay-Z, and Blue Ivy Carter.

Black Is King “reimagines the lessons of The Lion King for today’s young kings and queens in search of their own crowns,” according to Disney+, furthering that it honors the voyages of Black families throughout time in a tale about a young king’s whose guided by his ancestors through “a transcendent journey through betrayal, love and self-identity.”

Aided by his father’s teachings and guidance, he earns the virtues needed to reclaim his home and throne.

On Juneteenth, Beyoncé surprised fans with “Black Parade,” co-written with her husband Jay-Z.  The song celebrates black heritage and empowerment amid the ongoing movement for racial justice in the wake of the nationwide Black Lives Matter protests following the killing of Minneapolis man George Floyd while in police custody.

Disney is the parent company of ABC News.