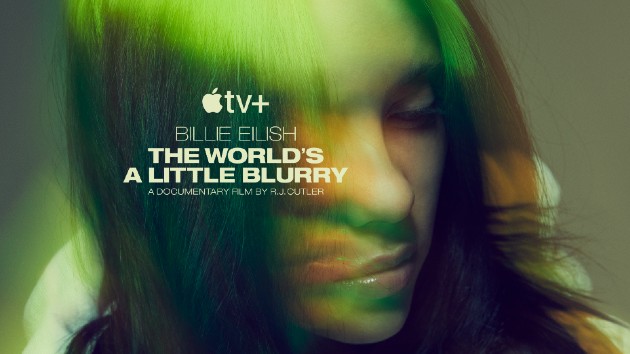 Billie Eilish is celebrating the release of her upcoming documentary The World’s a Little Blurry with an online premiere event.

The streaming special will premiere this Thursday, February 25, at 9 p.m. ET via the Apple TV app and Eilish’s YouTube channel.

Eilish will perform a stripped-down set during the event, and will also participate in an interview with the doc’s director, R.J. Cutler.

In further anticipation of The World’s a Little Blurry‘s debut, Eilish has shared a live version of her song “ilomilo,” which is featured in the film. You can download the performance now via digital outlets.

The World’s a Little Blurry premieres this Friday, February 26, in theaters and via Apple TV+.