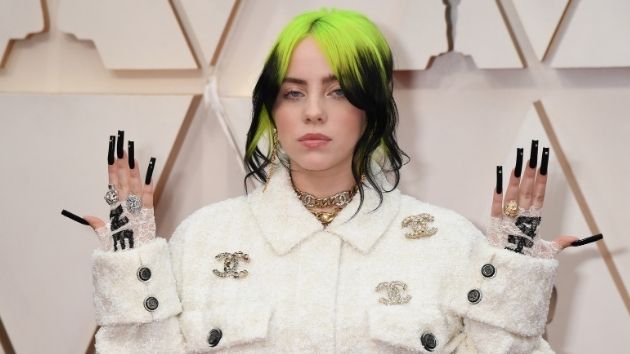 Jeff Kravitz/FilmMagicBillie Eilish is getting ready for the release of her documentary Billie Eilish: The World’s a Little Blurry, set to premiere on AppleTV+ this Friday.

Ahead of the worldwide debut, the 19-year-old singer released the live version of her single “ilomilo,” of which she recorded at the Toyota Center in Houston, Texas, during her October 10, 2019 concert performance.

The nearly three-minute recording was accompanied by slow-motion footage of Eilish jumping in the air, grinning and staring at the camera.

The song will be featured in the upcoming documentary.

As previously reported, Eilish confirmed that the track was inspired by a video game of the same name, pronounced “ee-low-mee-low.”

The game, originally released in 2010, tasked players to unite two characters — named Ilo and Milo — who are separated on either side of the screen by a massive puzzle.

During a 2019 First We Feast Hot Ones interview, Eilish said strategy game inspired her because “it’s just like, losing the person you love and then finding them again.”

Ahead of the documentary’s Friday premiere, fans can score a front row seat at a premiere party taking place at Eilish’s YouTube, which kicks off the night before, starting at  9 p.m. ET.