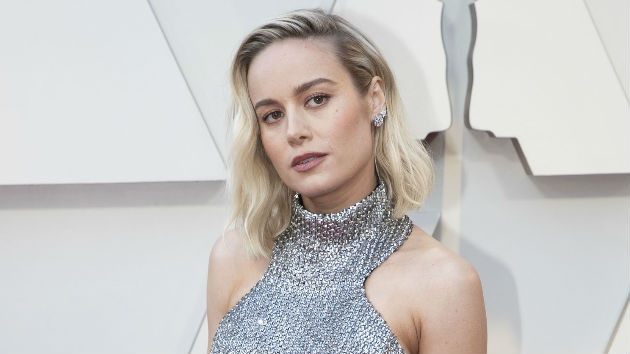 ABC/Rick RowellNot only is Brie Larson an Oscar-winning actress, but she can sing too.

The Captain Marvel star, who had a record deal in the mid-2000s, posted a video to Instagram this week of herself covering Ariana Grande’s “God Is a Woman.”

In the clip, she sings perfectly on pitch and strums a Gibson guitar gifted to her by Heart’s Nancy Wilson.

“*~*ariana forever*~*,” Brie wrote in the caption, adding, “(big big thank you to the legend @nancywilson for sending me her custom @gibsonguitar – I will never get over it ).”

Ariana noticed the post and approved, commenting with a bunch of black heart emojis.

Brie was previously signed to Casablanca Records and in 2005, she released her debut solo album, called Finally Out of P.E.  It was filled with angsty teen pop songs in the vein of Avril Lavigne.