“Drunk to an ‘80s groove”: Jonas Brothers debut ‘80s-inspired video for “Only Human” 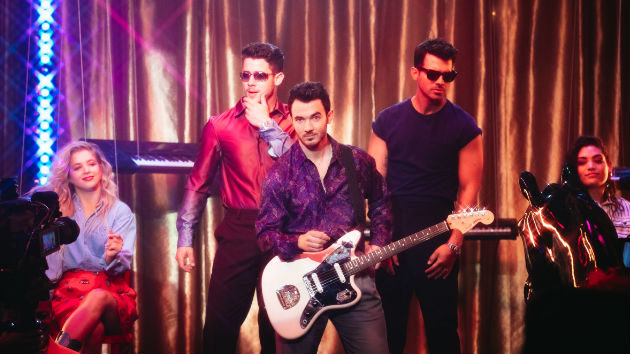 Jack GorlinThe Jonas Brothers are throwing it back to the ‘80s with the music video for their latest single, “Only Human.”

The visual, shot to resemble the low-quality video style of the decade, features the JoBros performing to a packed audience while dressed in retro outfits and doing some cheesy dance moves. The video also has great props, from rotary phones to disco balls to a bubble machine.

The Jonas Brothers kicked off their U.S. tour last week and are up for four awards at the MTV VMAs later this month, including Video for the Year for “Sucker.”