Get ready for “Justin Bieber Week” on 'The Late Late Show' 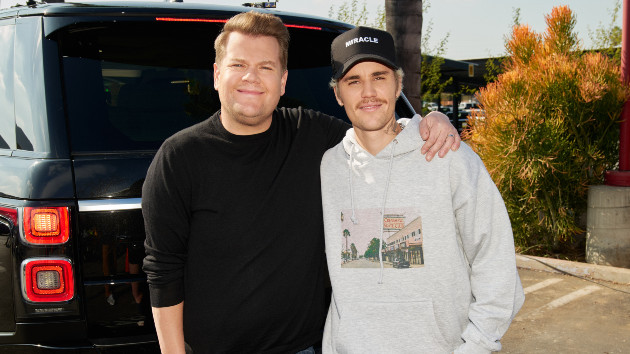 The singer, whose new album Changes is out Friday, will appear in sketches during every new episode of the talk show beginning Tuesday, February 18 and ending Thursday, February 20.

On Tuesday, Justin will join Corden for an all-new “Carpool Karaoke.” On Wednesday, he’ll participate in “Toddlerography” and on Thursday, he’ll play “Spill Your Guts of Fill Your Guts.”  Corden also promises there will be some surprises.