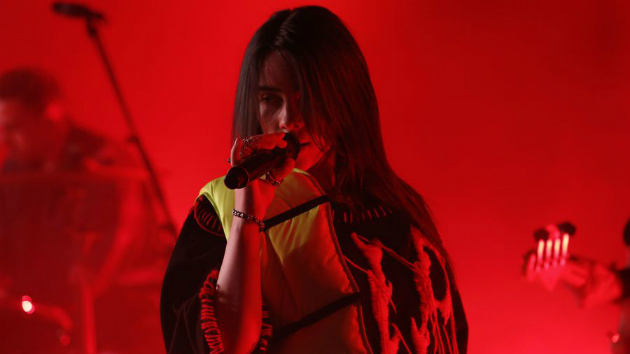 ABC/Randy HolmesIs Billie Eilish‘s music career just an elaborate ruse that allows her to meet the cast of The Office? We may never know for sure, but if it is, her plan seems to be working swimmingly.

After her show in Los Angeles Tuesday night, Eilish met actor and musician Creed Bratton, who played the eccentric character of the same name on the NBC sitcom. Bratton posted a photo of the pair hugging backstage on his Instagram.

“Billie Eilish and I hugging it out after her and her brother’s incredible show last night,” Bratton wrote in the caption.

Perhaps he could share more details of their meeting on Creed’s blog, www.creedthoughts.gov.www/creedthoughts. Check it out.

Eilish also samples dialogue from the season seven episode “Threat Level Midnight” on her song “my strange addiction,” which is included on her debut album, WHEN WE ALL FALL ASLEEP, WHERE DO WE GO?