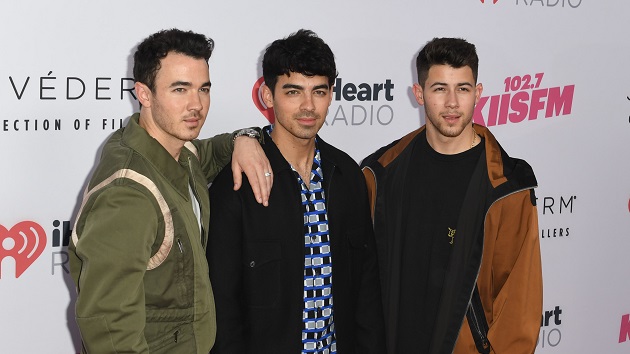 Freeform/Kyusung GongLeave it to two brothers to perfectly impersonate an iconic fight between two sisters.  Nick and Joe Jonas channeled Khloe and Kim Kardashian to painstakingly recreate that one profanity-laced Keeping up with the Kardashians moment that left fans slack jawed: the purse fight.

To recap, the incident happened in the seventh episode of KUWTK‘s second season dubbed “Kardashian Civil War” when Khloe, who is jealous over Kim’s new Bentley, slams the door in her sister’s face and triggers the infamous purse-smacking incident.

For the Jonas recreation, the brothers take some creative liberties with the props.  Instead of whipping his brother with an ultra expensive purse, Joe, as Kim, wields a leather fanny pack as he comically reenacts Kim’s profanity-laced rant about being rude.

Nick, as Khloe, dramatically defends himself from the fanny pack as he mouths Khloe’s lines that alternate between “stop” and “are you kidding me?”, which are made all the more hilarious because he’s wearing a leather cowboy jacket with fringe that completely accentuates his already exaggerated movements.

The video ends with an exasperated Kevin Jonas, playing Kourtney Kardashian, strolling by with a beer in his hand while gasping, “Oh my god!”

While fans and friends shared many laughs in the comment section, the Kardashian sisters couldn’t help but give the video their seal of approval.

Kim summed up her reaction with a definitive, “OMGGGGGGGG” while Khloe approvingly praised, “Hahaha nailed it!!!!!!!” along with an amen and crying laughing emoji.

Other celebs such as Ryan Tedder and Diplo also gave their kudos for the Jonas Brothers‘ bizarre but hilarious “Don’t be Rude!” video.