O-Town to debut music video for “Off” on Saturday 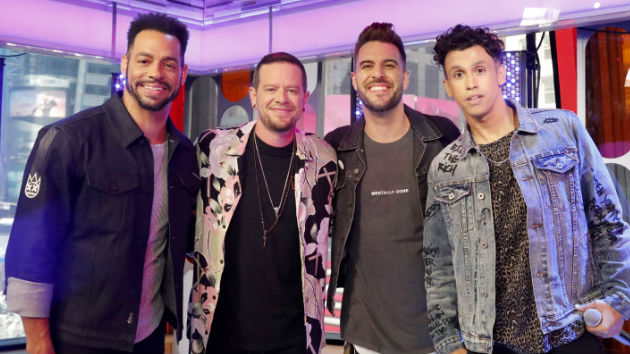 Walt Disney Television/Lou RoccoFollowing the release of their new album earlier this month, O-Town will be debuting the music video for the album’s lead single, “Off,” on Saturday.

The visual for the sexy dance track will have its live world premiere on MTV Live, MTVU and on the Times Square Viacom billboards. It’ll air starting at 6 a.m.

The O.T.W.N. Album is the band’s first full album in 18 years. The 12-track collection is available on Spotify and iTunes now.

The group – now a foursome comprised of Jacob Underwood, Trevor Penick, Dan Miller and Erik-Michael Estrada – was first formed on the TV show Making the Band in 2000.