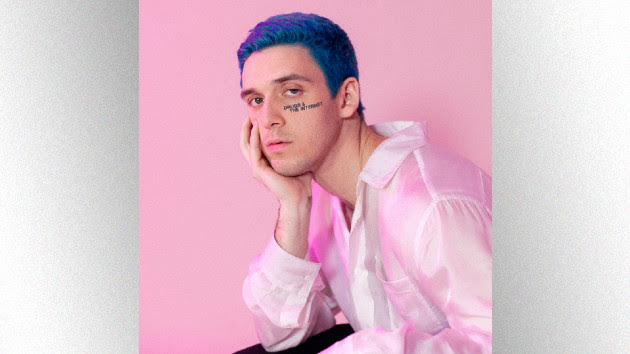 Stefan KohliLauv has turned his beloved pooch into an online video game that you can play now.

The game, Billy Meets World, was inspired by the game Flappy Bird, which was a massive hit in 2014.  The object is to help Lauv’s dog Billy navigate the world of Lauv’s video for his song “Drugs & the Internet,” and win dog treats.  New levels will be added as Lauv releases tracks from his upcoming debut album. It’s available for both desktop and mobile.

In a statement, the “I Like Me Better” singer says, “It’s quite simple. I love my dog Billy so we made him a game. It’s pretty fun. You should play it.”

“Drugs & the Internet” was the first release from Lauv’s debut album ~how i’m feeling~.  Last month, he released another track, ‘”Sad Forever,” with the proceeds being donated to mental health organizations worldwide.

In April, the singer revealed his own struggle with what he called “intense obsessive anxiety and depression,” which he’s now managing with therapy and medication.