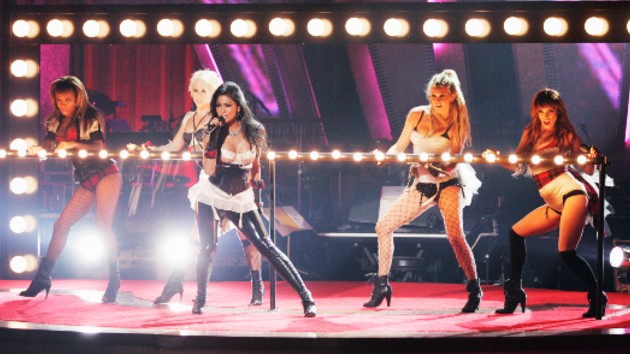 The Pussycat Dolls in 2008; Kelsey McNeal/Walt Disney Television via Getty Images“Don’t Cha” think everyone would be thrilled that the Pussycat Dolls have decided to reunite?  Well, British TV viewers aren’t entirely thrilled about it.

The group, which ruled the charts from 2005 to around 2009, just announced that they’ve reformed with their best-known lineup — Nicole Scherzinger, Jessica Sutta, Kimberly Wyatt, Ashley Roberts and Carmit Bachar — and will launch a U.K. arena tour in April 2020.  But their first big TV appearance, which took place on British TV on Saturday, drew more than 400 complaints from angry viewers, according to the Radio Times.

During their appearance on The X Factor, on which Nicole is a judge, the Dolls sang a medley of their hits, and their new song “React,” but their skimpy outfits and raunchy dance moves resulted in 419 complaints, because it took place during the hours when young people were likely to be watching.

Before they split in 2009, the Pussycat Dolls sold some 54 million records worldwide.  Besides “Don’t Cha,” their hits including “Buttons,” “Stickwitu,” “Beep,” “When I Grow Up” and “I Hate This Part.”

No word on whether or not PCD plans to tour the U.S. in addition to the U.K.