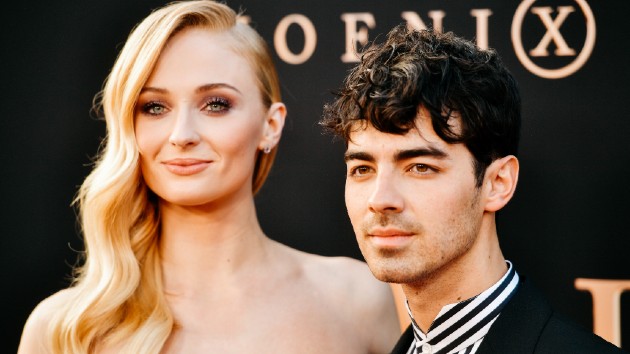 Matt Winkelmeyer/Getty ImagesTaylor Swift’s new “From the Vault” release, “Mr. Perfectly Fine,” has a celebrity fan in Game of Thrones actress Sophie Turner — even though fans are convinced the song’s about Sophie’s husband, Joe Jonas.

Posting the song on her Instagram stories, Sophie wrote, “It’s not NOT a bop.”  Taylor reposted her message, adding the caption, “forever bending the knee for the [queen] of the North,” in reference to Sophie’s Game of Thrones character, Sansa Stark.

Meanwhile, because “Mr. Perfectly Fine” was written in 2008 — around the time Taylor and Joe broke up — some are advancing the theory that she wrote it about Joe.  “sophie turner is a swiftie first and joe jonas’ wife second,” one Swiftie tweeted.  Another posted a picture of Sophie chugging wine in the stands of a sporting event while raising her hand, and captioned it, “sophie turner listening to taylor swift obliterate joe jonas with decade old songs.”

Of course, Taylor and Joe have long made up; in her song “Invisible String,” she alluded to this by singing about buying gifts for the babies of the boys who broke her heart.

“Mr. Perfectly Fine” is about how Taylor is heartbroken because a guy has dumped her, but he doesn’t seem to be affected by the split. “It takes everything in me just to get up each day/But it’s wonderful to see that you’re okay,” she sings.

But in another line, Taylor sings, “Hello Mr. Casually cruel, Mr. Everything revolves around you’ / I’ve been Miss Misery since your goodbye and you’re Mr. Perfectly Fine.”  Swifties know that she resurrected the line “casually cruel” for her 2012 song “All Too Well,” which many believe is about Jake Gyllenhaal.  That’s why some people think this song is actually about him, and not Joe Jonas — but Taylor will never tell.