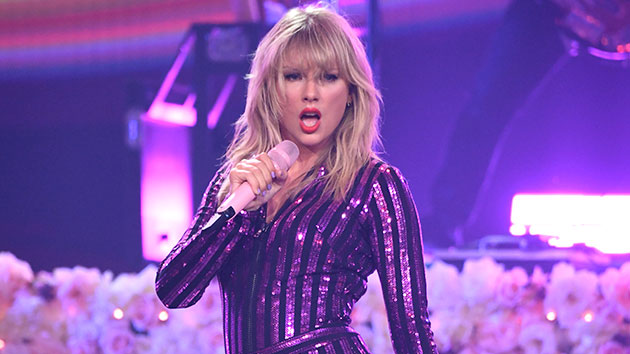 Kevin Mazur/Getty Images for AmazonWe don’t know how much Amazon paid Taylor Swift to headline Wednesday night’s Prime Day concert, but safe to say they got their money’s worth.

Swift delivered a typically polished performance for Amazon Prime members, who watched it live stream from New York City — a first-of-its-kind event for Amazon to promote next week’s annual Amazon Prime day, which this year takes place over 48 hours.

The live stream overall was impressively flawless, beginning only a minute or two after its advertised 9:00 p.m. ET start time.  Hosted by Jane Lynch, the concert opened with solid, five-song sets by Dua Lipa, followed by Becky G and then SZA.  Each set was book-ended — one might even say stuffed — with pitches for Amazon products, including the Alexa smart assistant and their music streaming service, as well as commercials for current and forthcoming Amazon original shows, including first looks at the new series Modern Love and Carnival Row.

All of which meant Taylor didn’t take the stage until well after 11:00 p.m. ET — and the screaming fans were more than ready.  Wearing a one-piece jacket and hot pants outfit with glittering, vertical black-and-purple stripes, Taylor opened her set with “ME!,” from her forthcoming Lover album, before delivering eight more back-to-back hits.

The first and next-to-last songs in Taylor’s set — “ME!” and “You Need to Calm Down” — are from her forthcoming Lover album, due out August 23.  The latter song was Taylor’s first-ever live performance of the song, but it wasn’t the final song in her set.  She saved that slot for “Shake It Off” — perhaps a not-too-subtle nod at her ongoing public scuffle about the rights to her back music catalog, especially when the crowd enthusiastically shouted along to the bridge: “Just think, while you’ve been getting down and out about the liars and the dirty, dirty cheats in the world, you could have been getting down to this sick beat.”

Amazon followed the broadcast with an immediate encore performance.  If you missed it, you can still watch it if you’re a Prime member, of if you sign up for a 30-day free trial.