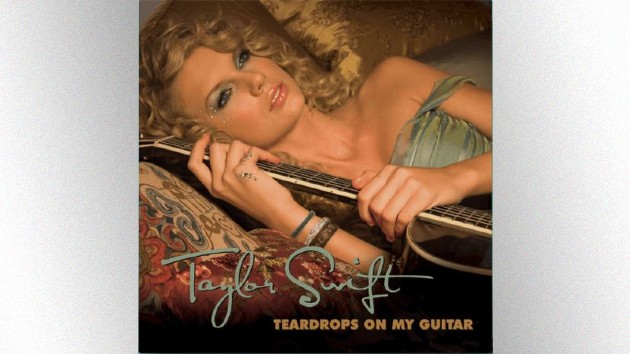 Big Machine Label GroupShe may want to blame Scooter Braun for this, but he has nothing to do with the fact that Taylor Swift’s former record label is now offering fans limited-edition vinyl singles to celebrate the 13th anniversary of her debut album this fall.

As previously reported, Braun — who Taylor has accused of bullying her and trying to “dismantle” her career — bought her former label, Big Machine, last month, giving him control over her back catalog.  But a rep for the label tells Billboard that plans were in the works to sell the singles long before the June 30 announcement of Braun’s purchase.

In fact, the first vinyl single, “Tim McGraw,” sold out after being announced June 20.  The latest, offered to fans Wednesday, is “Teardrops on My Guitar.”  The $10 single features the original song, as well as an acoustic performance from 2007. It’s set to ship August 30.

Three more songs will be released in the near future, according to Billboard, but there are no plans to reissue her self-titled 2006 debut album.

As Billboard notes, the release was also announced on Instagram with the comments section turned off, but fans have reacted negatively to the news on Twitter, and urged everyone to pre-order Taylor’s new album Lover — which will be released under her new record deal — instead.