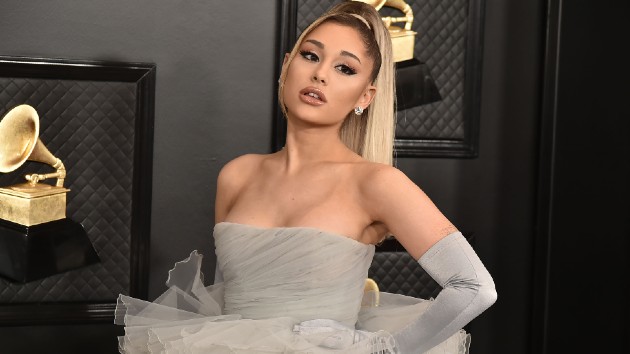 David Crotty/Patrick McMullan via Getty ImagesEver wondered how Ariana Grande gets those perfectly layered harmonies on her songs? In a fascinating new behind-the-scenes video, the singer gives fans a glimpse into her vocal stacking process.

The video shows Ari in the recording booth as she lays down various ad libs and harmonies for the bridge of her song, “positions.” She meticulously instructs the engineers on how she wants the vocals arranged and does multiple takes before she’s satisfied.

“That’s f****** tight,” she says at the end, after hearing how the song is coming together.

The video currently has over seven million views on her IGTV and was trending in the top 10 on YouTube Wednesday.

Fans in the comments were amazed at her process. “Musical genius!” one person wrote, while another added, “Master class.”